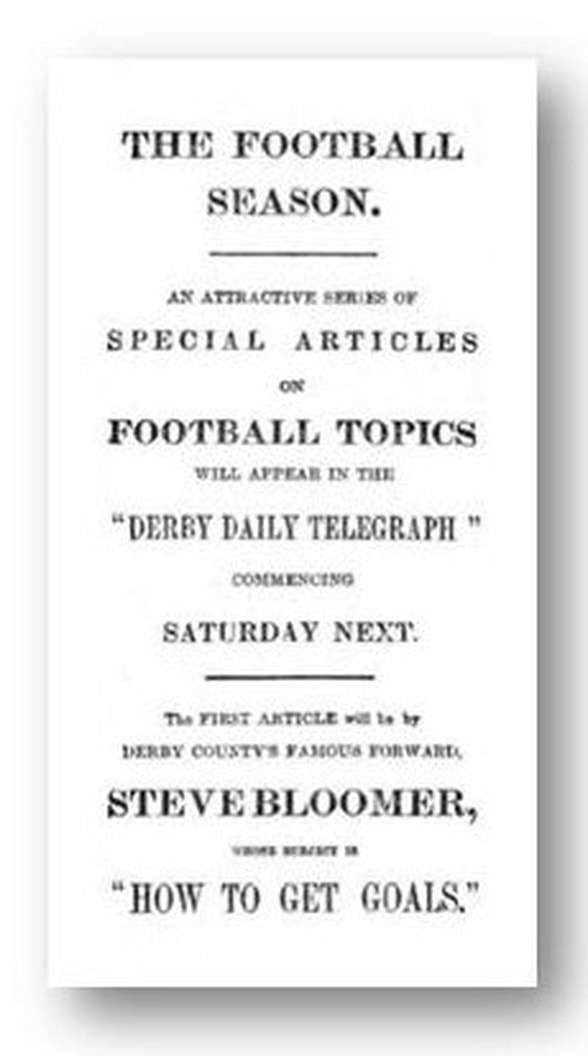 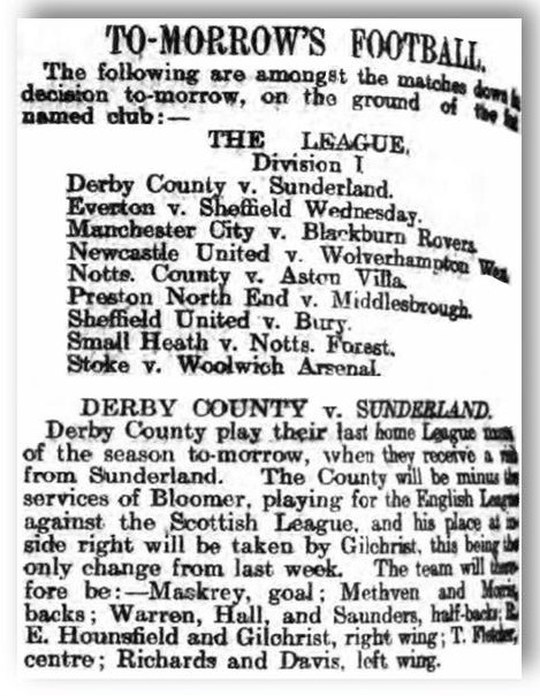 10th March 1905
Bloomer played on 10th February 1906 at home to Liverpool, then missed three games before playing at home to Bolton Wanderers on 10th March 1906, missing the last 10 games of the season. That was the last game he played for Derby that season before he was sold for £750 to Middlesbrough in July 1906. The maximum a Club could pay for a player was £350 set as a guideline by the Football League until it would become enforceable at the start of the 1908-1909 season. This was done following the public immoral outrage at the £1,000 paid for Alfie Common by Boro in July 1905 when signing him from Sunderland. To avoid further controversy Middlesbrough and Derby conspired to also include a Derby County reserve player Emor 'Jack' Ratcliffe (a Left Back who had played only 16 times in 4 seasons for the Rams) in the Bloomer deal. It's believed that the £750 paid for Bloomer was therefore split to about £400 for Bloomer and £350 for Ratcliffe to make it all appear above board to the public and the League. An Enquiry was set up by authorities because of this, the Boro Manager lost his job, the Derby public felt cheated and it became treated almost as a national scandal. People rightly wondered why a Club would pay so much for a player who was said by many to be seriously ill a few weeks before and were also £1,635 in debt as revealed by their accounts. It further makes you wonder whether the rumours of illness were a smoke screen created as to how negotiations were to take place and allow Boro to raise the money for the transfer to go ahead which in hindsight appeared to be imminent and which accounted for the absence of Bloomer playing.
Bloomer transferred to Middlesbrough. 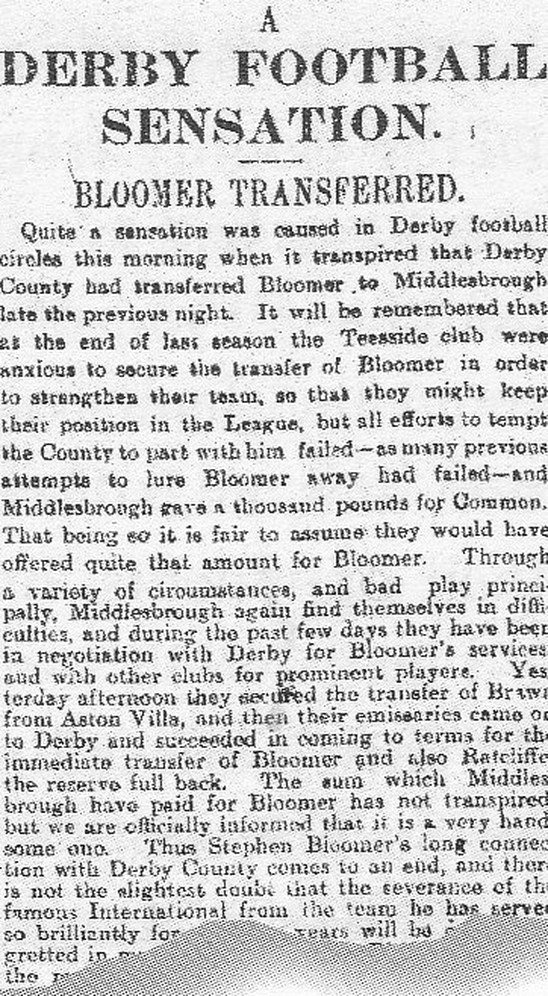 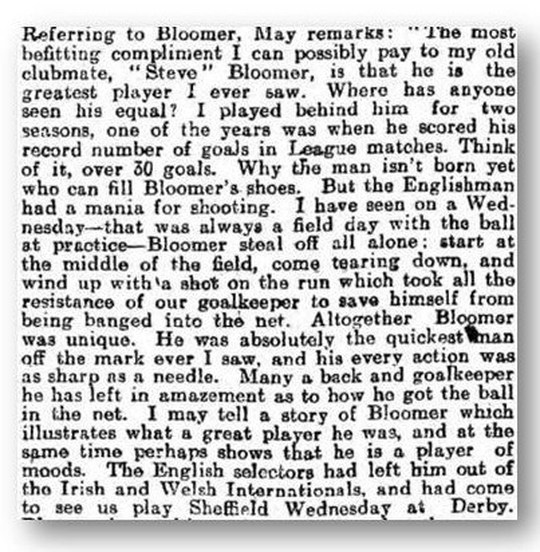 6th February 1907
Congratulations for International call-up for England 1-1 Wales match at Craven Cottage 18th March 1907. The article reads: "Steve Bloomer has received congratulations from old friends in Derby upon
being selected for another International match. What price
another for the Scotch match." 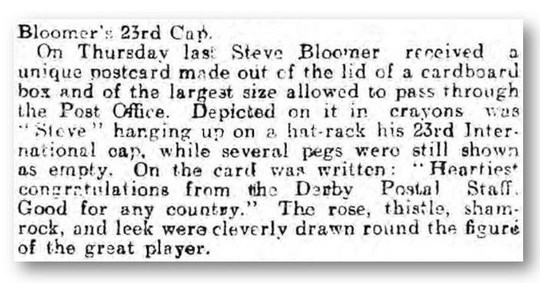 6th February 1909
Cricket:  Bloomer watches two matches at the BBG, and signs for Ley's Cricket Club in the Derby and District League. 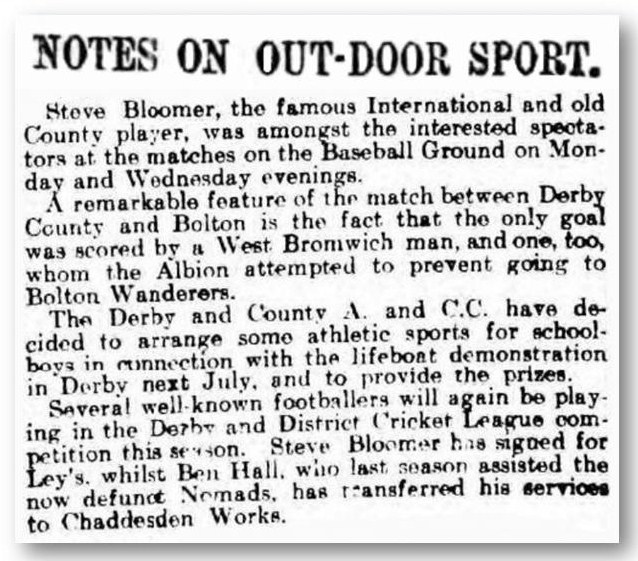